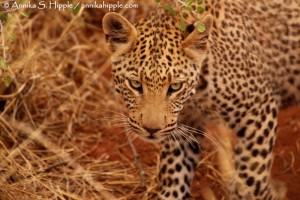 I recently returned from an exciting trip to Namibia for the Adventure Travel World Summit (ATWS), an event that I’ve been attending annually since 2009 and which has become a highlight of my year. This year was the first time the ATWS was held in Africa, and our Namibian hosts did themselves proud. As a media delegate, I was fortunate to be able to participate in a pre-Summit adventure to Etosha National Park and the beautiful Damaraland region, hosted by Wilderness Safaris, as well as a two-day adventure to the AfriCat Foundation, whose impressive conservation and environmental educational programs are based on the private, 20,000-hectare Okonjima Reserve. Following the Summit, which was held primarily in Swakopmund on the Atlantic coast, I headed to Sossusvlei to see the red dunes of the Namib Desert, a landscape numerous people had told me not to miss.

I’ve shared my favorite photos from these adventures in my new Namibia photo gallery on my main website.