Whenever I hear the words “whirling dervish” my mind automatically calls forth the nuns in The Sound of Music singing that Maria “could throw a whirling dervish out of whirl.” But the experience of seeing a dervish dance performed is about as far removed from Rodgers and Hammerstein as you could possibly get.

Dervishes are members of ascetic orders within the Sufi religious tradition, a mystical branch of Islam. The whirling dance is a form of meditation, a way of connecting with the cyclical nature of life and the universe in order to reach a higher plane of spiritual consciousness. 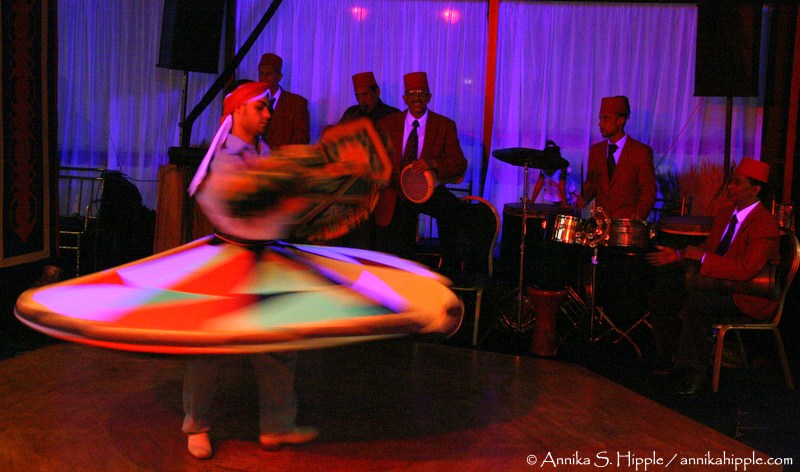 In Egypt, dancers perform a folkloric dance known as tanoura, based on Sufi whirling dervish tradition. Such performances are popular in Cairo, where I had the opportunity to see tanoura performed for a tour group I was leading. The dancers, usually men, wear long colorful skirts, often spinning several at the same time around different parts of their bodies.

For these photos, I wanted to capture the feeling of the dizzying dance and the colorfulness of the spinning skirts, so I slowed down my shutter speed to blur the movement. The low-light conditions made things a bit challenging, but I still found the resulting images rather intriguing. 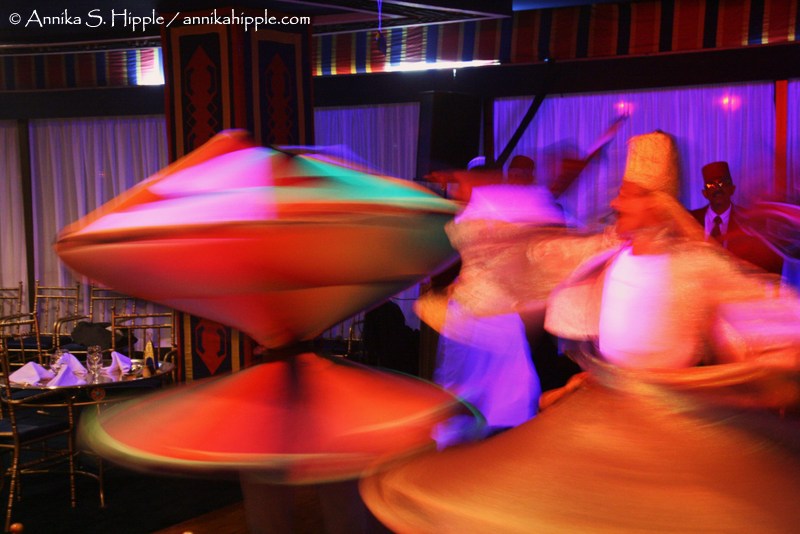