Remember dominoes? The game with the little white tiles with the black dots may not get a whole lot of play these days in the U.S., but in Cuba it’s still hugely popular. At tables on sidewalks and in plazas, players plot their next moves, while spectators gather round to watch the action or just to socialize. 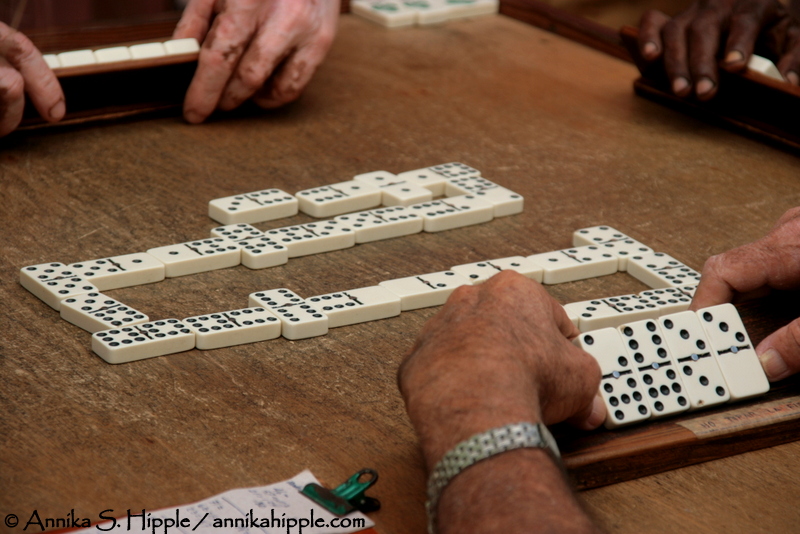 I came across one such group of domino players on a sidewalk in the colonial city of Trinidad. Four players pondered their tiles intently, while around them clustered several other men, offering advice and chatting amongst themselves. One players’ young granddaughter hung on his back, her arms around his shoulders, following the play and watching the other action on the street. 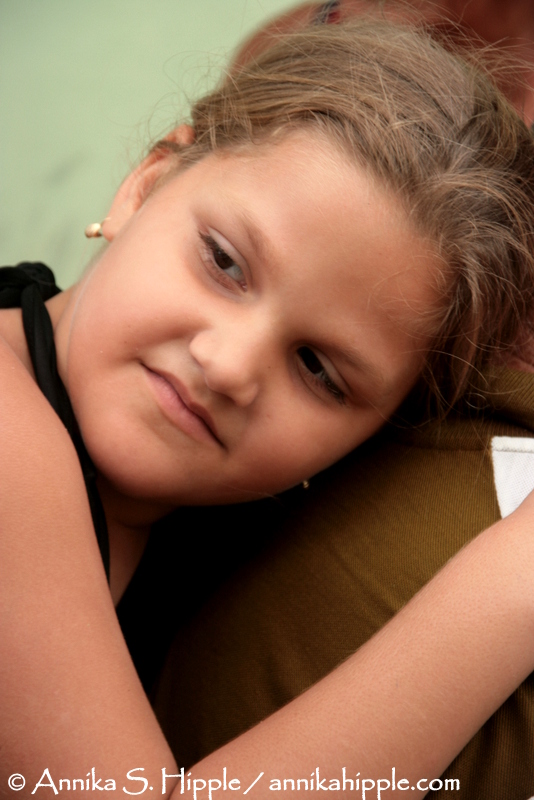 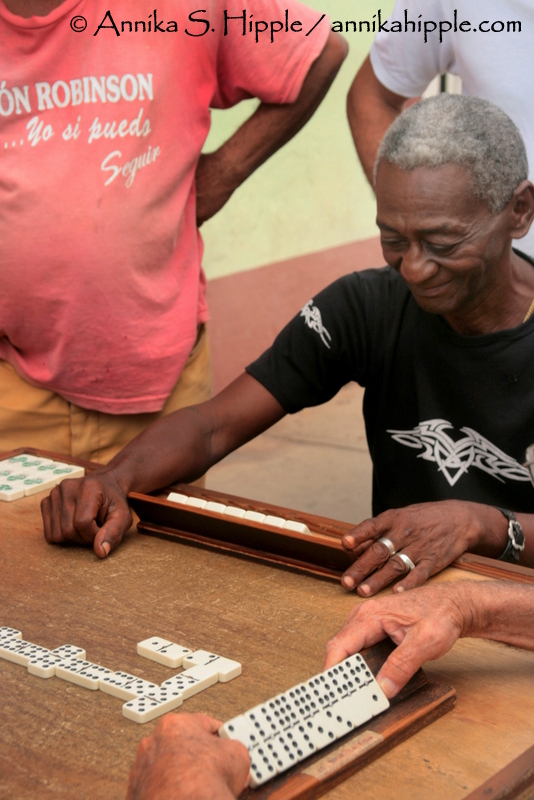 Off to one side, two elderly friends caught up on each others’ news while waiting their turn to play. Their faces were so full of character and good humor, that I just had to take their portraits. 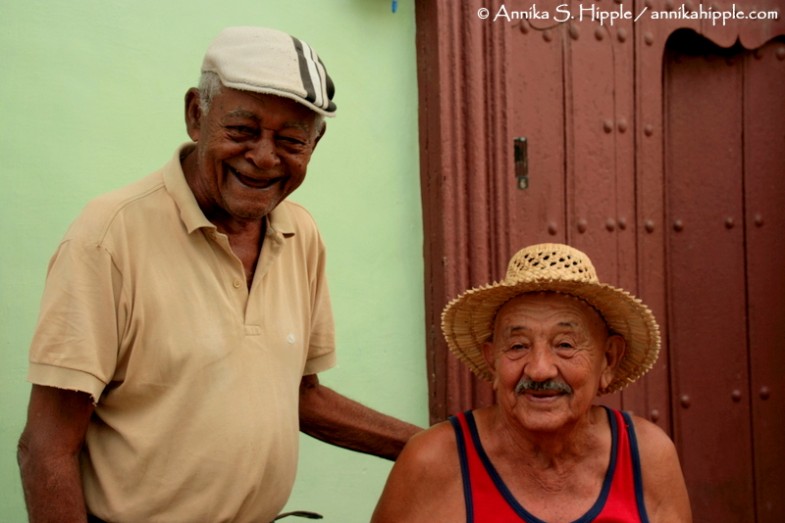 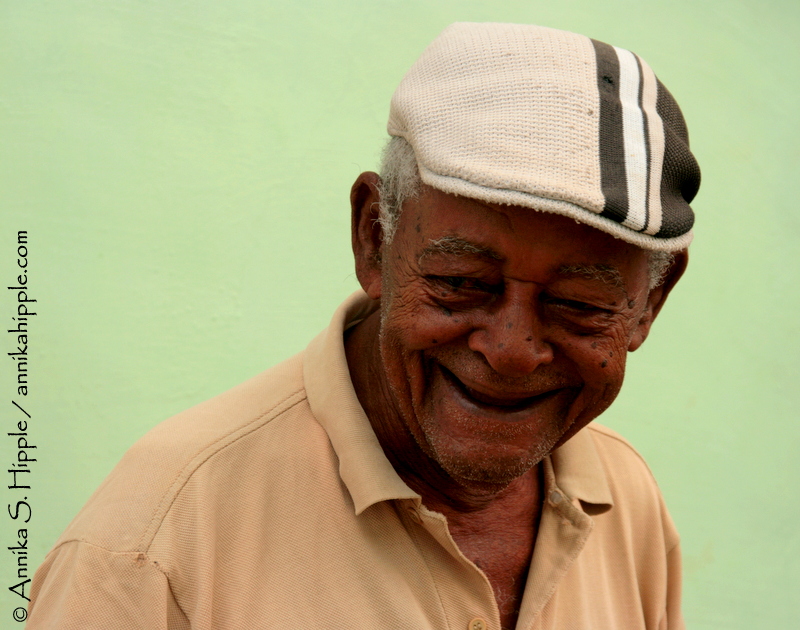 The men gave me an address and asked me to send copies of the photos I’d taken of the group, but unfortunately I misplaced the information. But the next time I was in Cuba, a couple of months later, I brought prints of the photos. When I got to Trinidad, I went back to the street where I’d met the domino players. They weren’t there, but I showed the photos to a man standing in a doorway. He recognized the man in the cap and directed me down the street. Further down the block I found the man in question. Imagine his surprise when I approached and gave him the pictures! The delight in his face when he saw the photos and his pleasure that I’d gone to the trouble of finding him to deliver them, made that small extra effort well worth it.