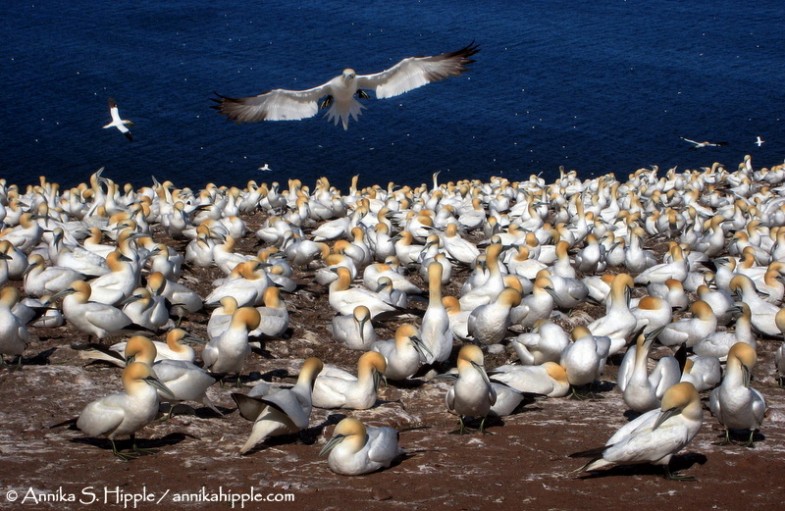 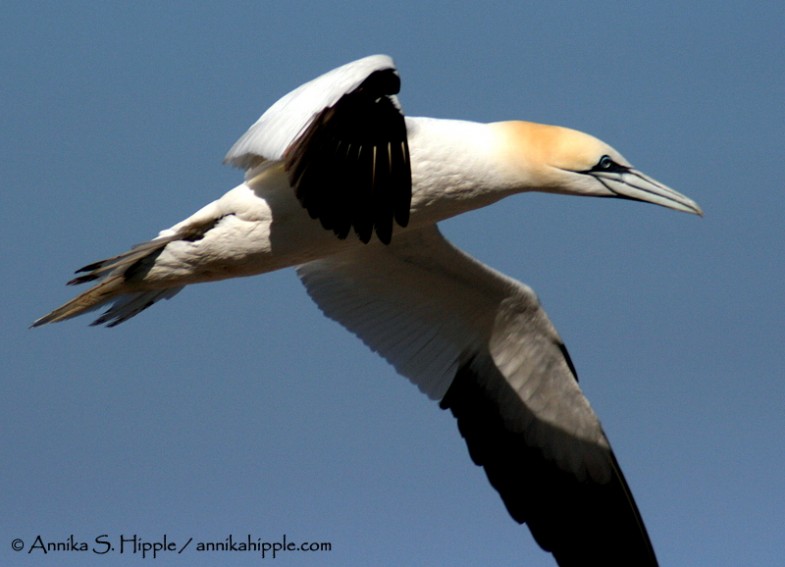 Last summer, I had the opportunity to visit Quebec’s beautiful Gaspé Peninsula, a lobster-claw-shaped piece of land that juts into the Gulf of St. Lawrence north of New Brunswick. The Gaspésie, as it is known in French, had long been on my travel wish list, although I didn’t really know a whole lot about it other than that it was said to be a beautiful place. Those rumors proved true.

I loved every bit of my time in the Gaspésie, but one of my favorite experiences was an excursion to Bonaventure Island (Ile Bonaventure), a little chunk of land just off the coast at Percé on the peninsula’s eastern side. The island is known for its huge colony of northern gannets, the largest such colony in the world, with somewhere in the vicinity of 120,000 individuals. 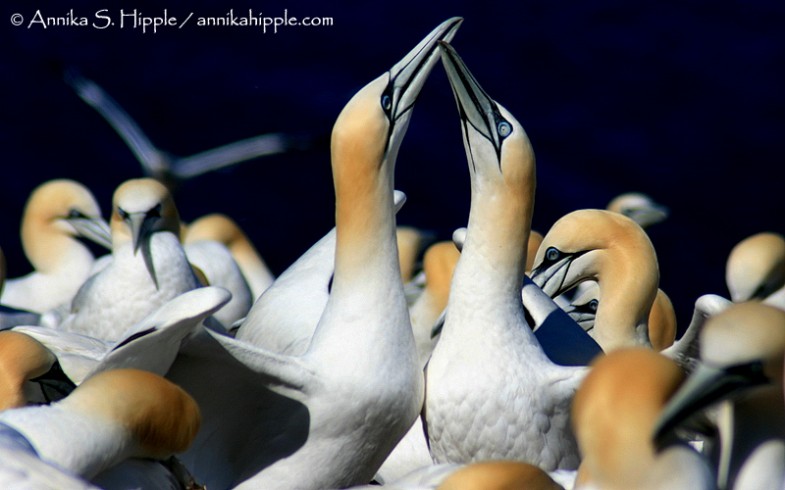 Seals lounged on the rocky beach below the cliff where the gannets nest and birds swooped overhead as we cruised past on our way to the disembarkation point on the more gently sloping other side of the island. From the dock we hiked for about 30 minutes back across the island to see the gannet colony close up.

The colony was a noisy, smelly mass of birds, squawking, jostling for space, fighting over grasses for nest-building, and fencing with their beaks in courtship displays. But here and there were quieter scenes: an adult bird sheltering its chick, a solitary gannet taking a moment to rest. 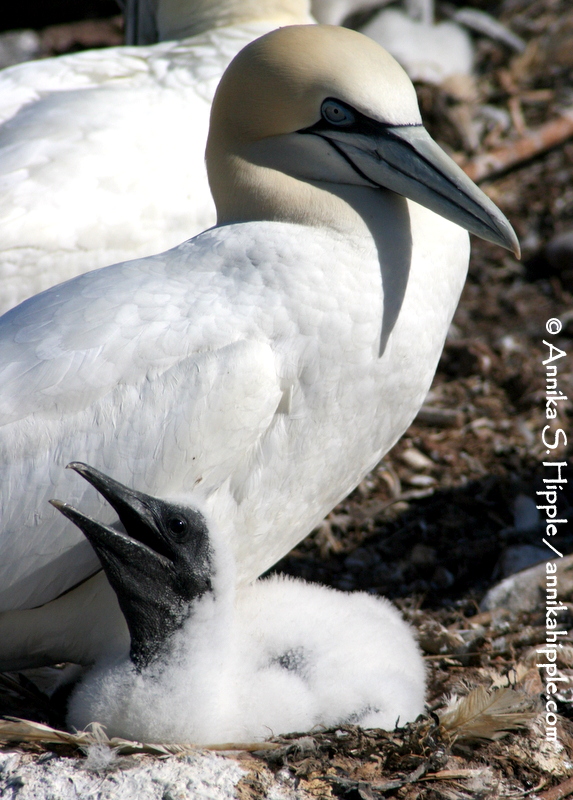 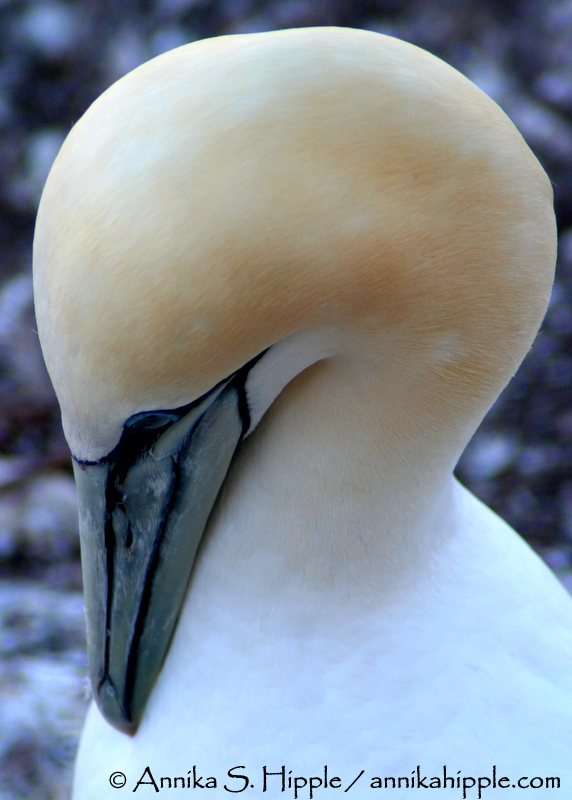 I could have watched the birds for hours, but we had only a short time before the last boat back to the mainland. I snapped all the pictures I could, doing my best to capture both the enormity of the colony and the details of individual animals. When we had to leave, I was nowhere near ready to go. So after my trip, one thing hasn’t changed: The Gaspésie is still on my wish list. Only now I know from personal experience the beauty that awaits. 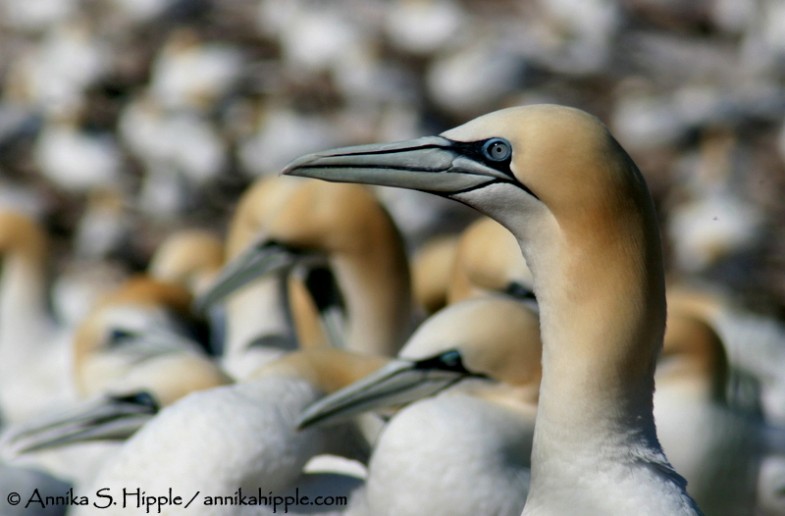