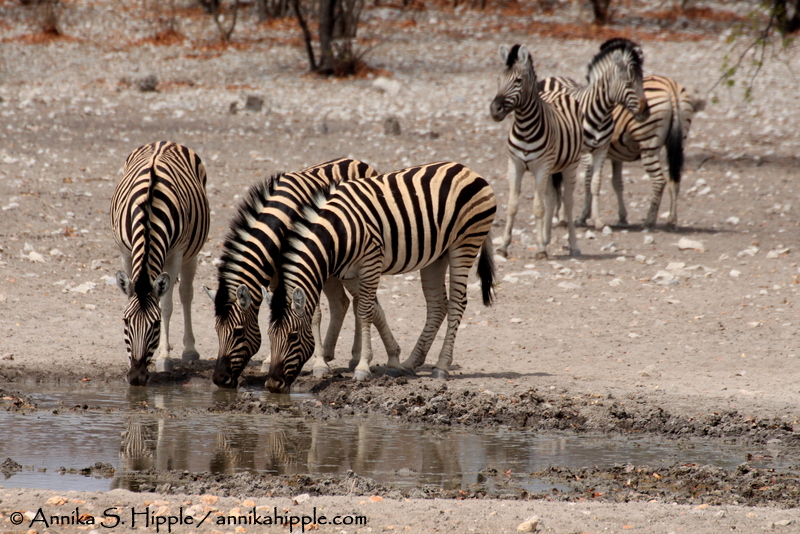 I think it was the zebras that showed up first. But it may have been a giraffe, or possibly a kudu.

In any case, it didn’t take long after we arrived at Andersson’s Camp in Namibia’s Ongava Game Reserve before various species made an appearance at the waterhole just beyond the lounge area. As we tucked into a late lunch the visitors began dropping by, and our group began behaving like Jack-in-the-boxes, jumping up and grabbing cameras every time a new animal turned up. 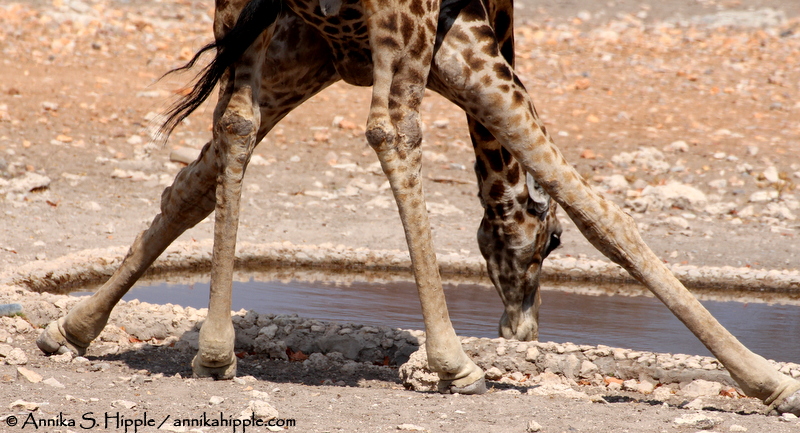 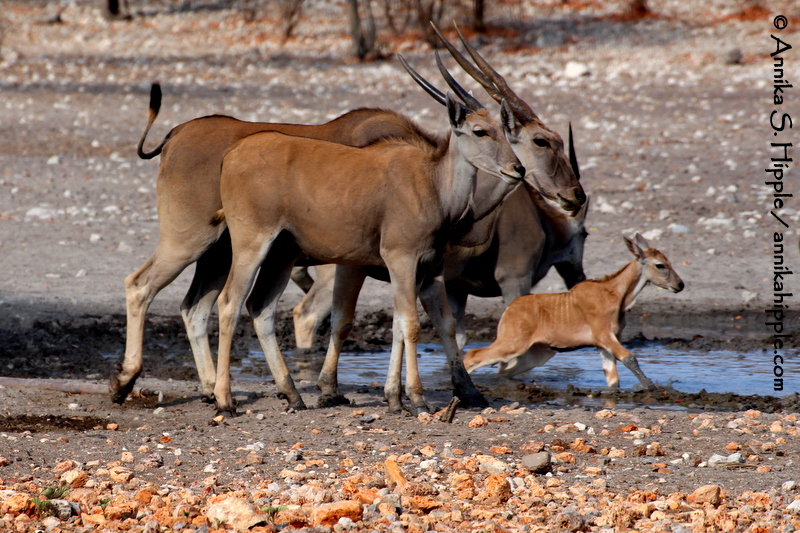 The next morning, I opened up the window flaps of my tent/cabin and came face-to-face with two giraffes munching branches just beyond the balcony. They looked at me coolly before loping off unhurriedly when I stepped out with my camera in hand. Just an ordinary day at Ongava! 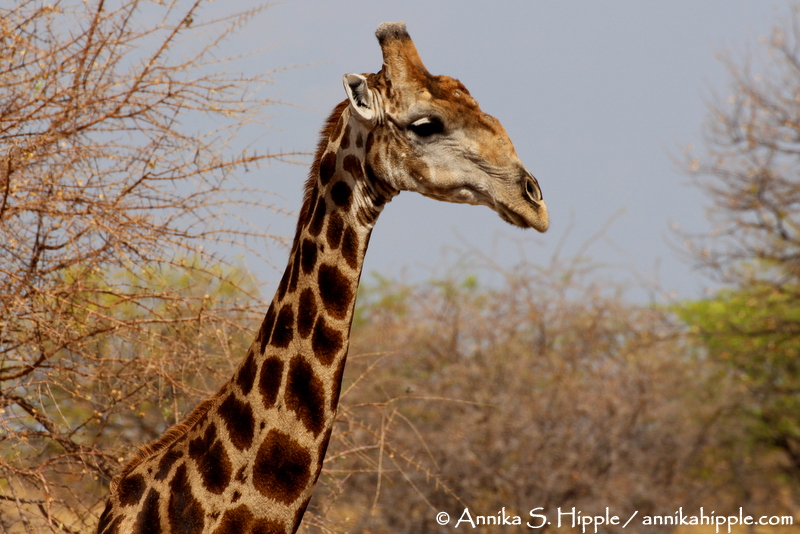 This trip was hosted by Wilderness Safaris as part of the 2013 Adventure Travel World Summit.