I was driving along a country road in central Scotland, approaching Stirling, with the city’s castle looming in the distance on top of a steep cliff. As I admired the dramatic view, a rainbow appeared directly ahead of me, bathing the castle in pastel hues. I immediately found a place to pull over so I could get out of the car and take a photo. As luck would have it, the place I found to park was adjacent to a field in which a herd of black cattle was grazing. I positioned the cows in the foreground of my photo to add another dimension to the the scene and make the image more interesting. 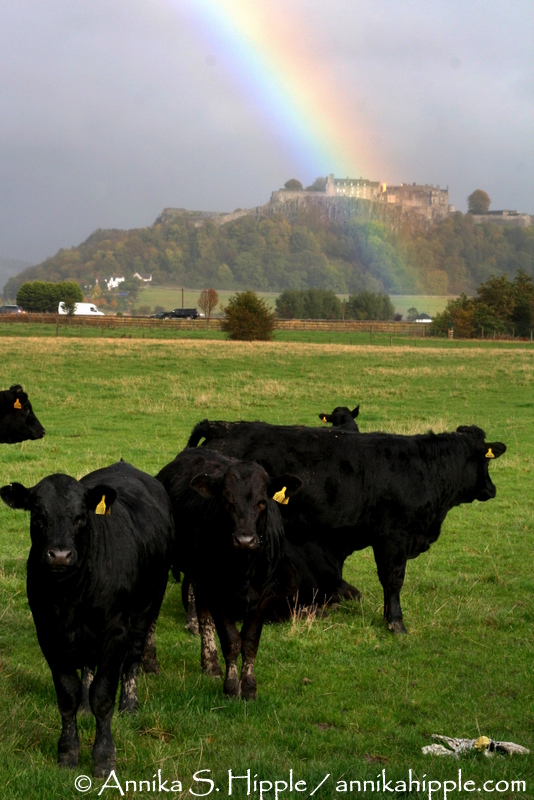 2 thoughts on “Rainbow over Cows and Stirling Castle”