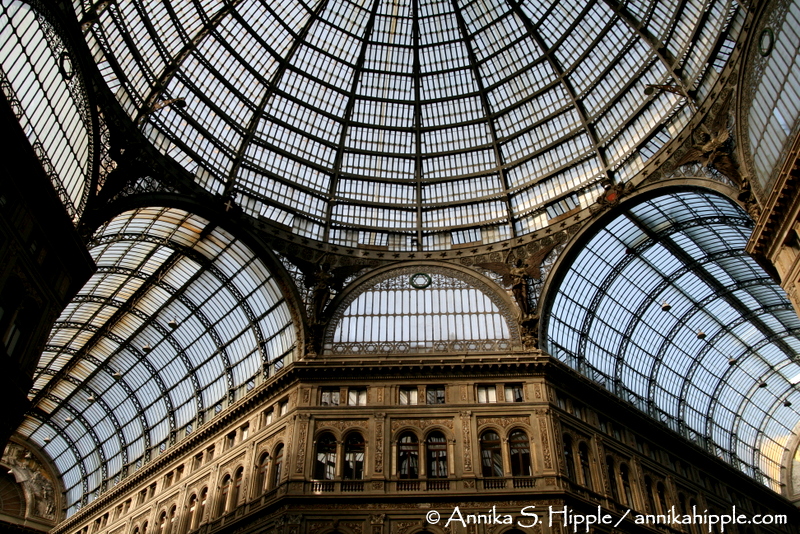 Several years ago I had the opportunity to visit Naples, Italy, as the tour manager for a Smithsonian Journeys program called “In the Shadow of Vesuvius.” I arrived in Italy a day early and had time to wander around Naples on my own before the group arrived. I found the city to be a lively and eclectic mix of the old and the new. On an architectural level, one of the places that caught my photographer’s eye was the Galleria Umberto I, a soaring arcade built in the 1880s as part of Naples’ urban revival after a cholera epidemic. I didn’t have a lens with a wide enough angle to capture the entire scene, but I was able to capture these images of the glass-roofed central dome and side passages. 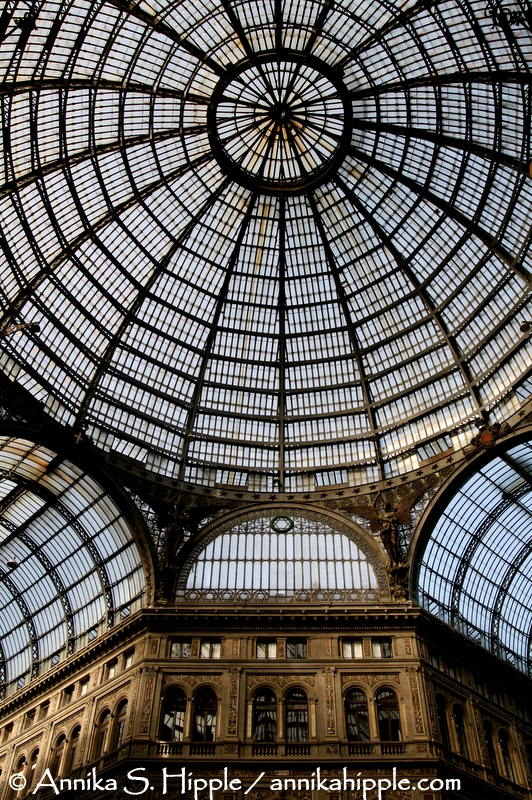