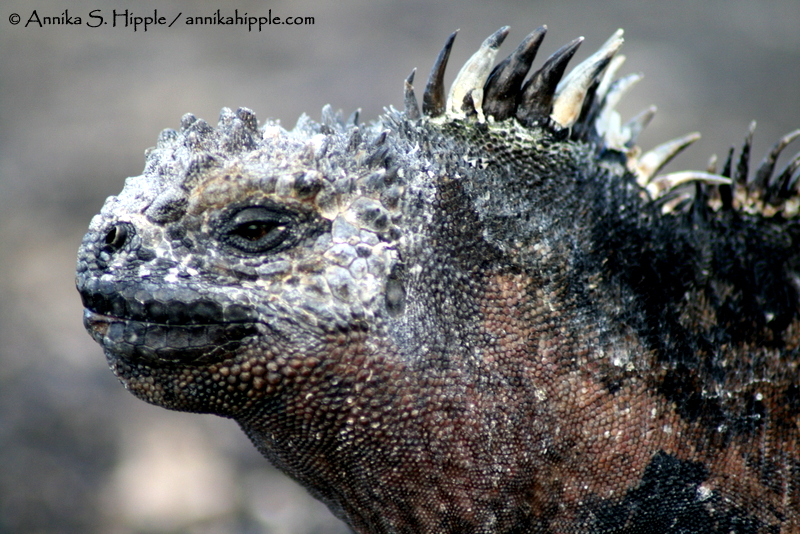 I first visited the Galápagos Islands in 1994 as part of a college semester studying ecology and environmental issues in Ecuador. We spent a week in the islands, cruising from one amazing spot to another aboard a 16-passenger yacht. To this day, I remember it as one of the best weeks of my life.

Fourteen years later I had the opportunity to visit the Galápagos again, this time as a tour manager for an American Museum of Natural History Expeditions trip. I was excited to return but also a bit apprehensive. What if the islands didn’t live up to my memories? What if the pressures of a growing population, introduced species, and other environmental problems had caused noticeable, irreparable damage?

Fortunately, my fears were relieved almost as soon as I set foot on Galápagos soil. Yes, there were some changes – the town of Puerto Ayora, the largest community in the archipelago, had grown beyond recognition – but the landscapes were still as I remembered them, and the extraordinary wildlife was still as abundant and fearless of humans as it always had been.

The creatures we saw were too diverse for a single blog post, so the sea lions, birds, and giant tortoises will have to wait. Today my focus is on some of the most prehistoric-looking Galápagos creatures, the iguanas that are found in different colors, sizes, and habitats (both terrestrial and marine) on many of the islands. I’ll never forget the sight, on my first Galápagos trip, of a marine iguana and a sea lion swimming in circles around each other as they chased each others’ tails.

I love the way this iguana at Punta Suárez on Española (Hood) Island almost looks as though it’s laughing. 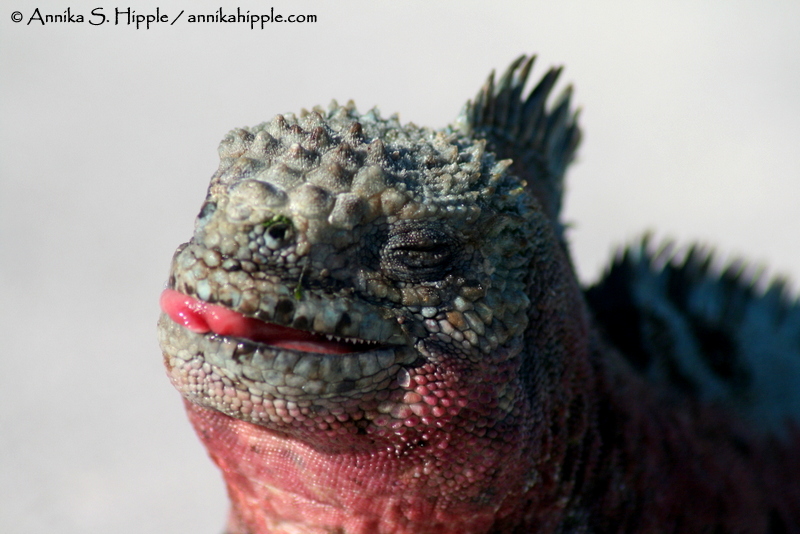 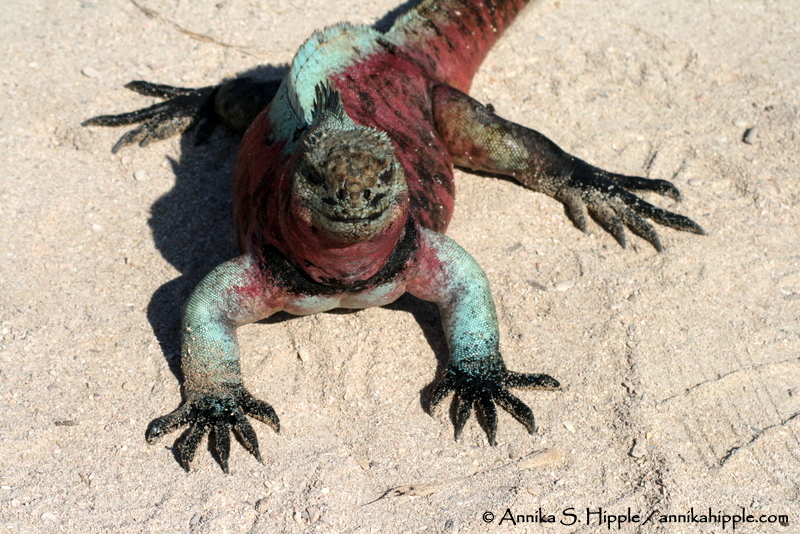 This marine iguana at Gardner Bay had just emerged from the water and was lounging on an algae-covered rock. 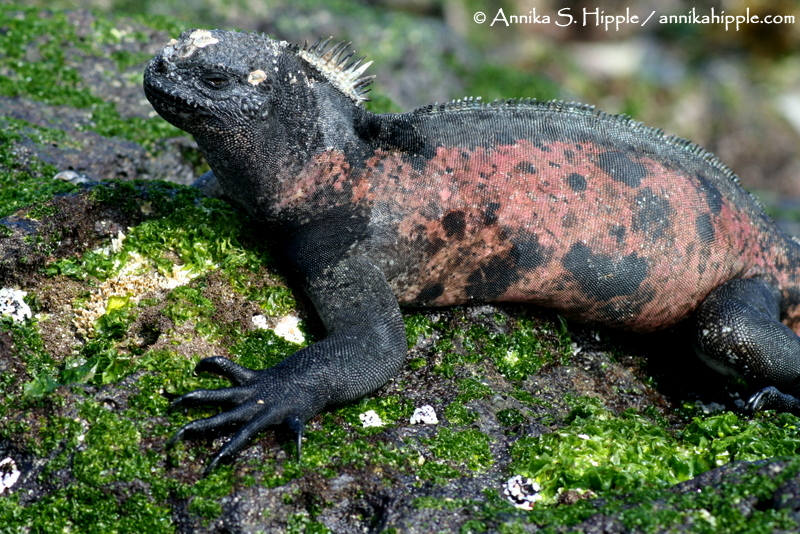 On Fernandina Island, hundreds of iguanas lay in piles on the beach, their black skin matching the color of the exposed lava that covered much of the island. 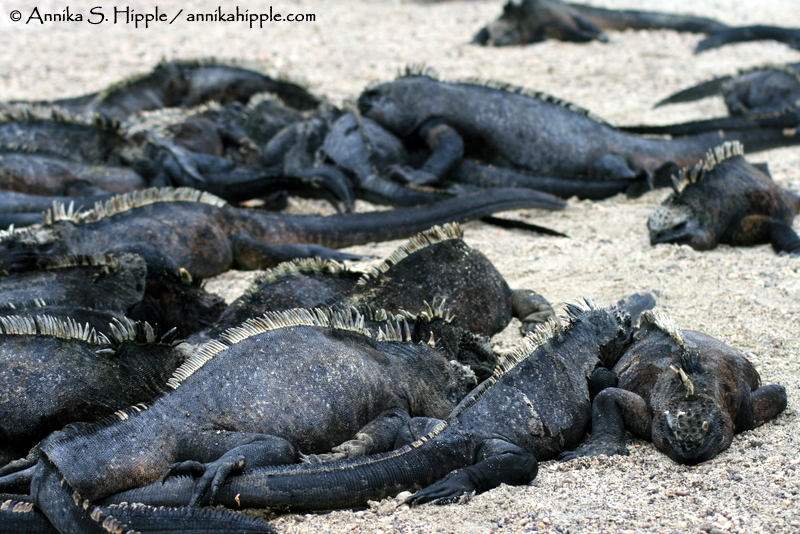 2 thoughts on “Iguanas of the Galapagos Islands”