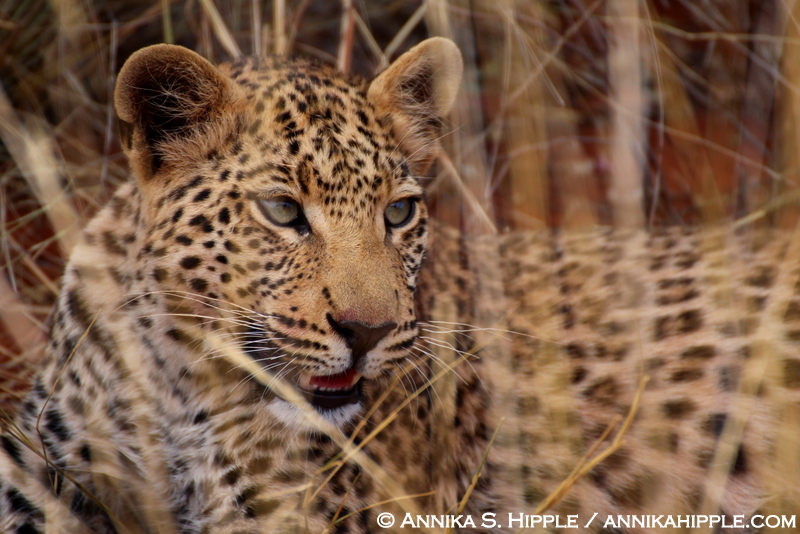 It’s late afternoon at the Okonjima Game Reserve, home of the AfriCat Foundation, one of Namibia’s leading wildlife conservation organizations, and I’m in a jeep bouncing along a rutted track, scanning the bush as safari guide Previous Tsvigu follows the faint blips his tracking device has picked up from one of the reserve’s collared wild cats. 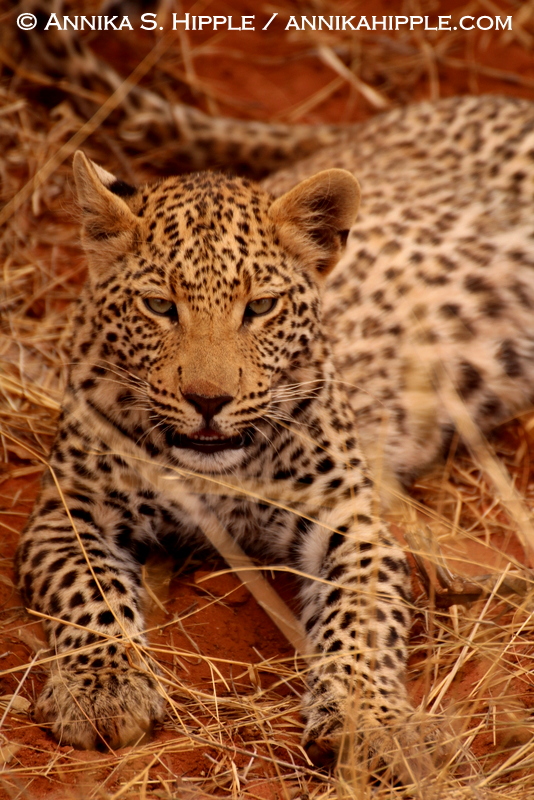 A family-run operation, AfriCat rehabilitates injured wild animals and educates local communities and schools about conservation and living with wildlife. These activities are funded largely through tourism, including stays at Okonjima’s various lodging facilities. Rehabilitated animals that can survive in the wild are released into the 22,000-hectare private Okonjima Reserve.

The blips from the tracking device get stronger, and Previous steers the jeep off the main track and up to a dense copse of trees. We peer through the tall yellow grass and finally catch sight of a leopard crouched among the camouflaging vegetation and eying us intently.

Actually, it turns out we’ve found not just one but two of the reserve’s estimated 25 to 30 leopards. Previous introduces the collared animal whose tracking device led us here as MJ, a 12-year-old female. With her is her six-month-old cub, also female, who will likely stay with her mother for another 18 months to two years before setting out on her own. 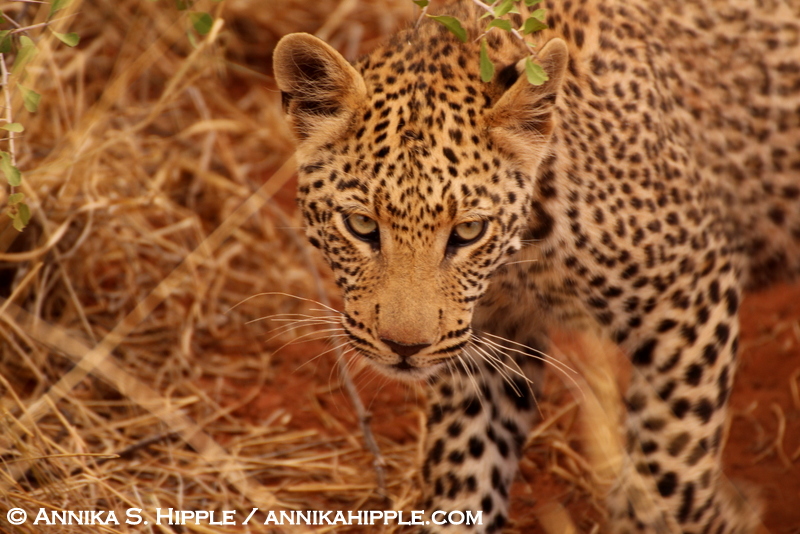 MJ seems disinclined to emerge fully from the undergrowth, but her cub, already grown to nearly adult size, treats us to a closer look at her sleekly powerful muscles as she takes a short stroll through the grass before settling back in under the trees with her mother. We linger for a few more minutes, snapping photos, before driving off in search of more wildlife, including the reserve’s other iconic cat species, the cheetah. But that’s a subject for another post…. 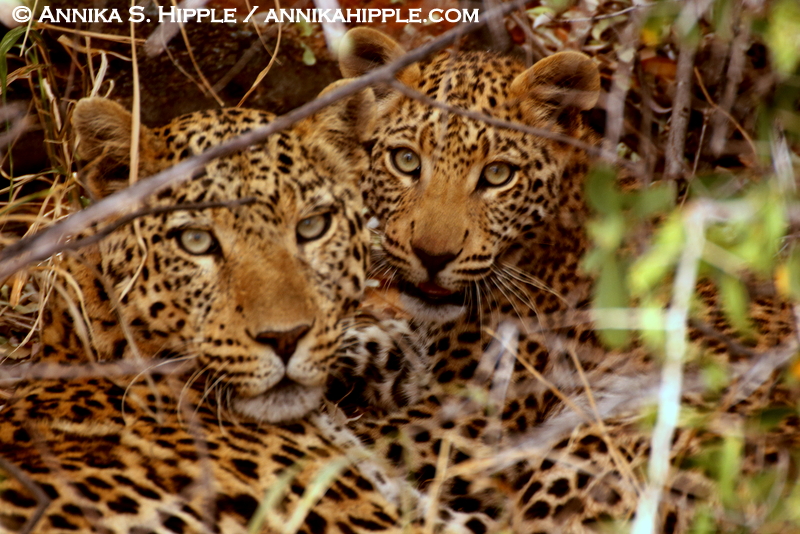 This experience was hosted by Ultimate Safaris and Okonjima/AfriCat as part of the 2013 Adventure Travel World Summit.

2 thoughts on “Tracking Leopards in Namibia”