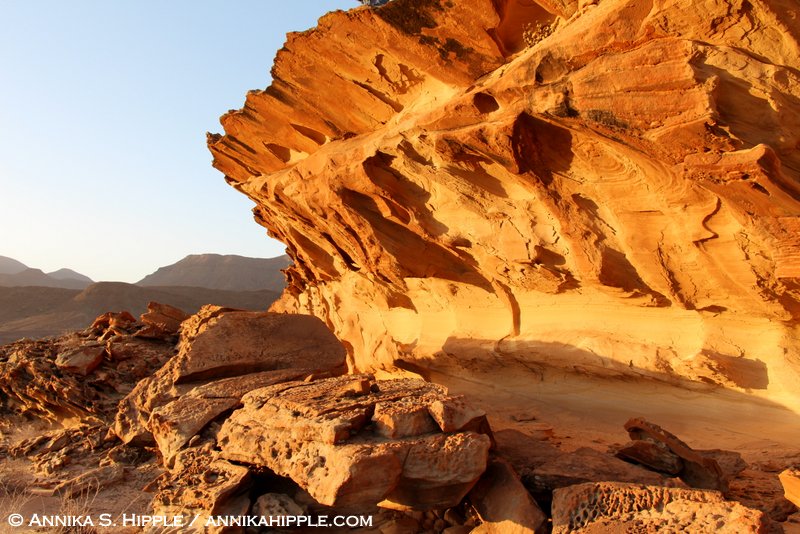 Damaraland, Namibia, is a subtly magical place. Vast and often barren, it’s also full of unexpected surprises, from hidden waterholes where desert-adapted elephants come to drink, to dramatic changes in landscape that appear almost without warning. One such surprise was Damaraland Adventurer Camp, probably my favorite of the camps we stayed at during my five-day safari to Etosha National Park and Damaraland with Wilderness Safaris last October.

While the other camps were more luxurious, Adventurer Camp was small and intimate – our group of eight travelers and one guide were the only guests, and we were well taken care of by the staff of two, John and Elias, who ran the camp. Our tents were simple but comfortable dome tents with private bathrooms – with warm showers – attached, and the meals were delicious. The real surprise, however, was the camp’s location, tucked away in a canyon whose existence we didn’t even suspect until our guide, Festus, turned the vehicle off the main track and headed straight for the hills. (That’s our camp down in the canyon in the photo below.) 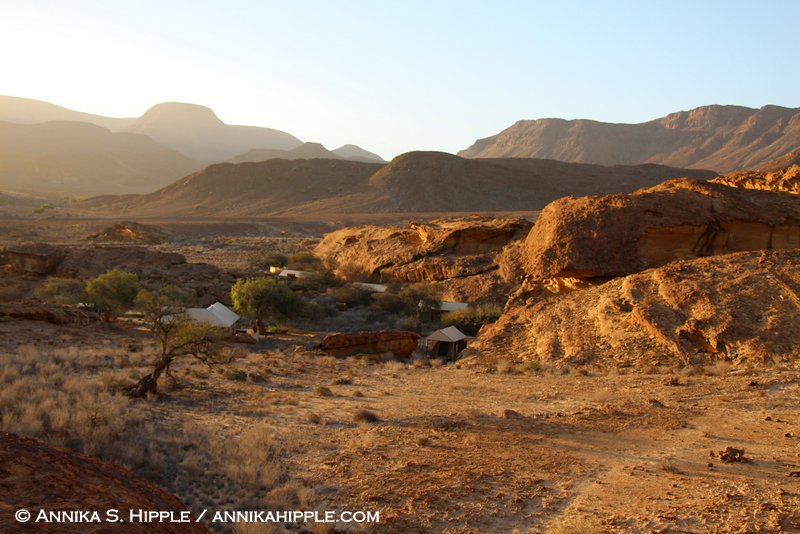 Towering over the camp were intricately shaped sandstone cliffs, which glowed golden-red in the late afternoon light. On our first evening in camp, we climbed the cliffs before dinner to get a closer look and take in the sweeping view of the mountains on the horizon and the empty plain we’d crossed to get here.

I’ll just let the rest of these photos speak for themselves…. 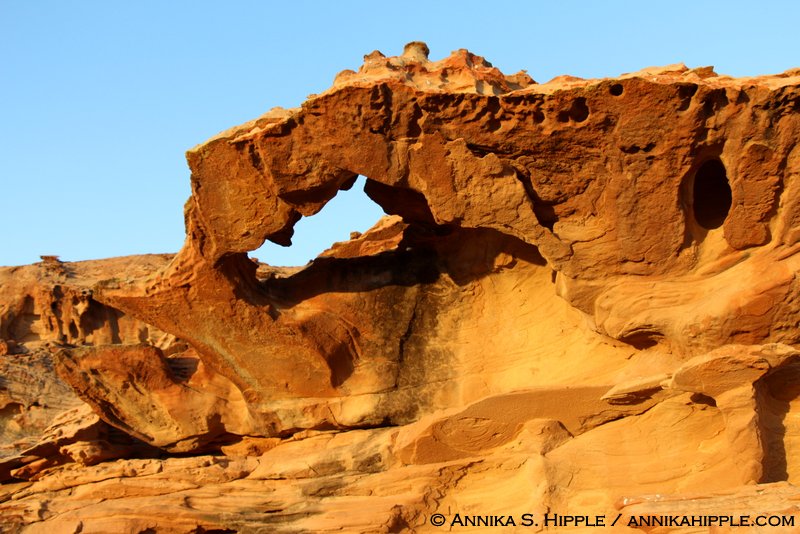 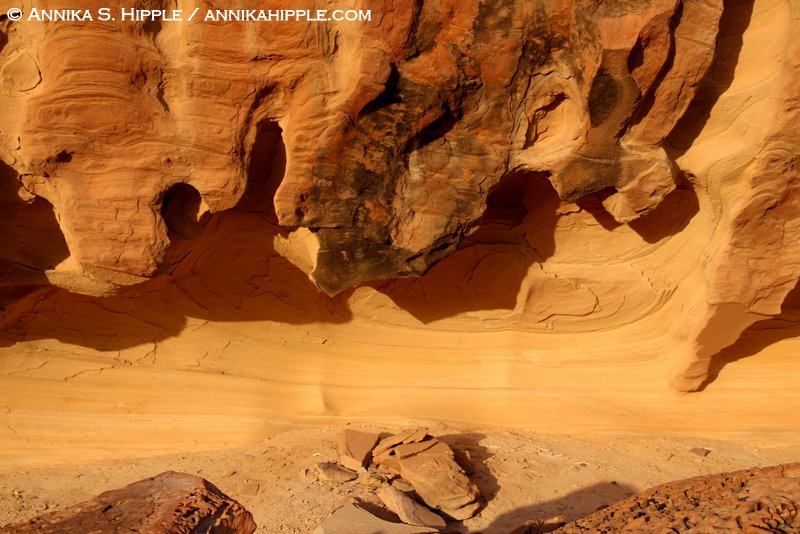 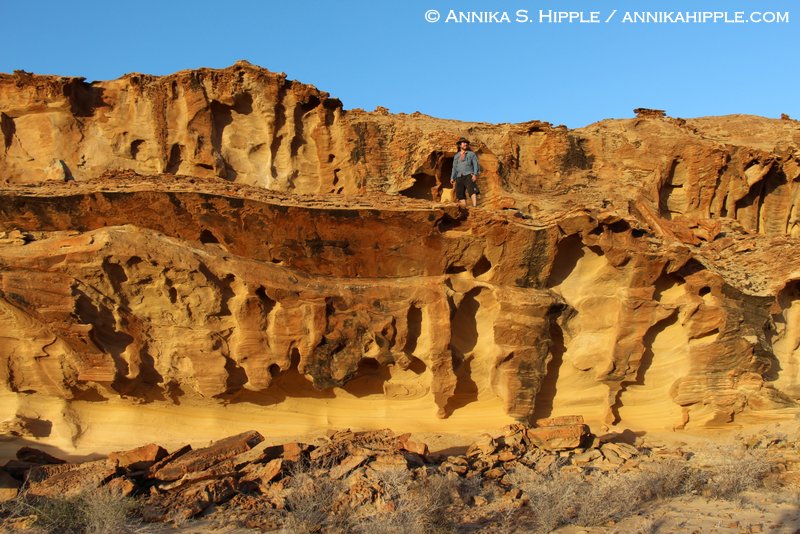 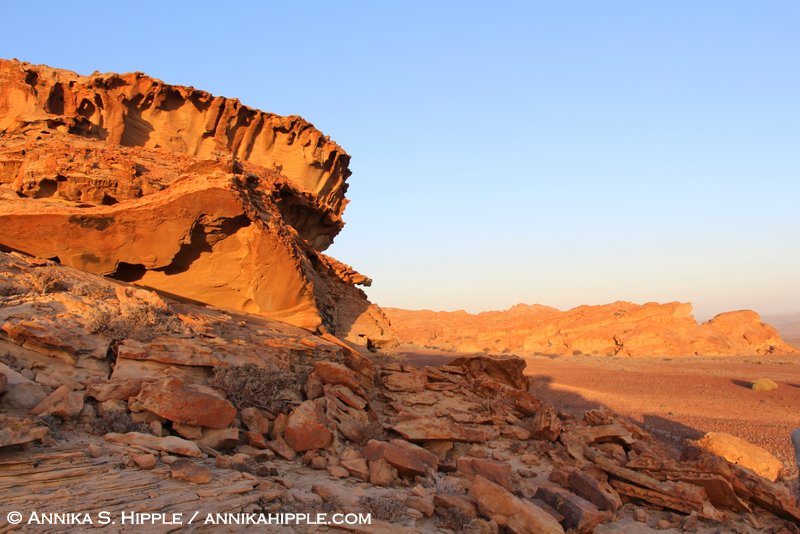 This trip was hosted by Wilderness Safaris as part of the Adventure Travel World Summit. For more about this adventure, see also:

The View from Andersson’s Camp