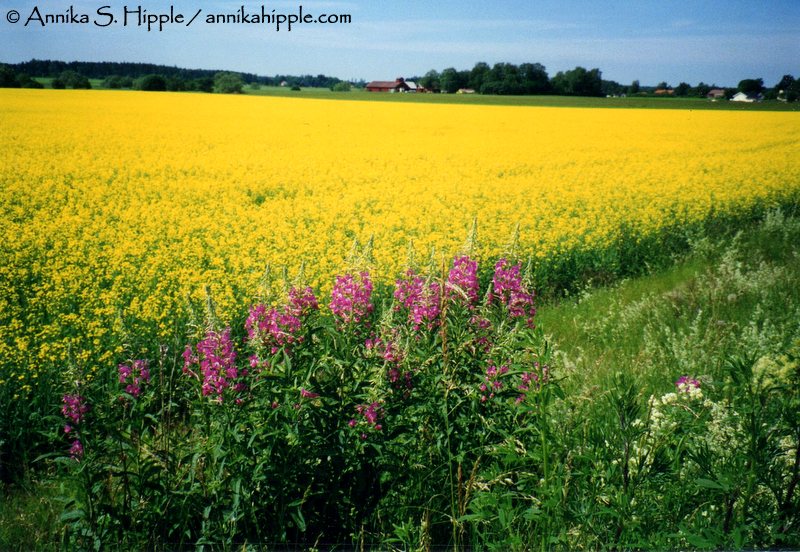 Sweden at its most beautiful is a land of strong colors – the blue of the sky, the coastal waters, and the thousands of lakes; the many shades of green in the endless forests, meadows, and fields; the traditional red of the cottages with their neat white trim. And then there are the fields of rapeseed that burst into brilliant golden bloom in May and June. They are among my favorite things about late spring and early summer in Sweden.

I took the photo above years ago (in the days before digital photography) when I was living in Uppsala, north of Stockholm. I was out riding my bike along the country roads of Uppland and couldn’t resist the sight of this yellow field with the magenta lupines in the foreground.

This year, I was also in Sweden when the rapeseed bloomed, and the golden fields were just as beautiful as ever. In a car rather than on a bike, it was a bit harder to stop in prime photography locations, but I did manage to capture a few views. The photo below was also taken in Uppland, somewhere along the backroads near Sigtuna. 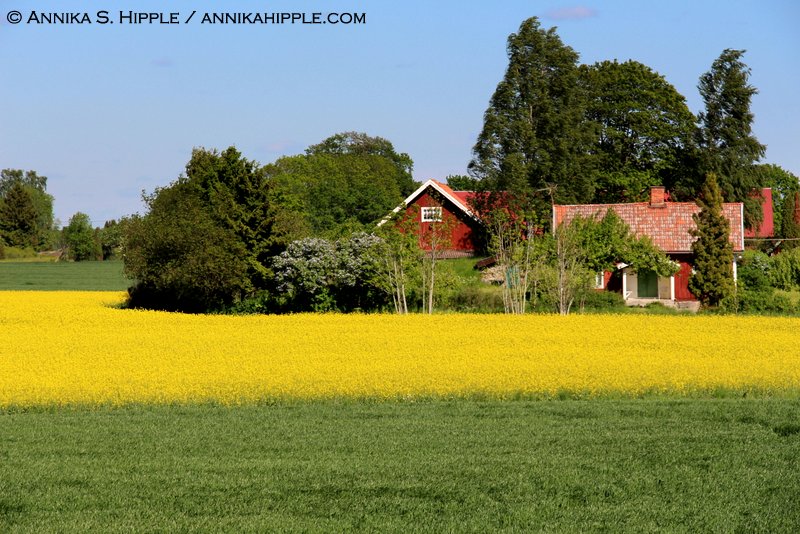 Even without a blue sky and in rather dull light, the rapeseed fields are striking. I took the following photo east of Eskilstuna, in Södermanland, in the late afternoon after some rain. 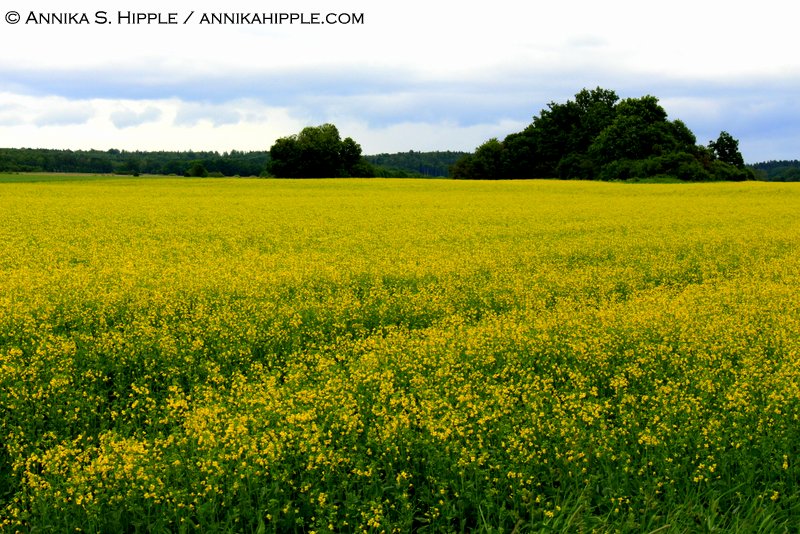 1 thought on “Swedish Fields of Gold”